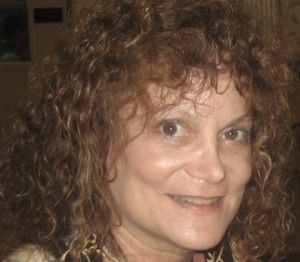 Debbie Spector Weisman has incorporated the knowledge gleaned from her professional work and as a wife and mother into Dream Life Coaching. In addition to her coaching work, Debbie has been the co-owner of a film and video production company which was instrumental in the production of dozens of films including the groundbreaking film What the Bleep Do We Know!?, Man of the Year, starring John Ritter, Pregnant in America, and the spiritual documentary Dreaming Heaven. Debbie is also the best-selling author of over twenty novels, including five of the original books in the popular Sweet Valley High series.

Debbie believes that through Dream Life Coaching, anyone can manifest their goals or gain potentially life-changing insights into their behaviors or waking-life situations. Debbie is a member of the International Association for the Study of Dreams and author of the upcoming book Dream Dates: 101 Ways to Fall In Love Again With the Most Important Person in Your Life–You!.

Why I Became A Dream Life Coach

I was born and raised in the seaside town of Asbury Park, New Jersey. Growing up, it was inconceivable to me how any kid who didn’t have a beach and ocean at their disposal could ever be happy. Splashing in the waves, lying on the sand and eating frozen custard on the boardwalk was certainly my definition of a dream life. In first grade, I even had a teacher who would walk us out to a jetty and lead the class in song as the ocean mist sprayed gently on our faces. For a few years my parents owned several of the rides on the boardwalk and being able to go on them whenever I wanted was the best thing any kid could have.

As I grew into adolescence, life chipped away at that dream life. My father died when I was eleven. I was too young to fully realize the toll that his loss put on me, that a part of me had died too, and by the time I graduated high school I was anxious to get away, believing there had to be something better out there.

I was reborn at Ithaca College, where I studied communications, lived at the radio station and met the love of my life. The summer after we graduated we got married and moved to New York, where I began a career in publishing. Several years later I landed what I considered my dream job, editing a new magazine for teen girls called Sassy. I would have loved to have spent the rest of my career working there, but the magazine folded after less than a year, a loss that devastated me and something I took personally, even though the reasons for the demise had nothing to do with me. I went freelance after that, eventually working as an editor for a company that was producing young adult novels.

At around the same time, my husband and I decided to move to California so he could pursue his dreams in the film business. It worked for me as I was able to work at home and even started submitting story ideas to the company. Several were accepted and I was on my way to a new career as an author. I wrote five published novels and was then asked to be a ghostwriter on a new series, Sweet Valley High, and three of those novels made it to the New York Times best seller list.

Life was good.  I wrote nearly a dozen more books as a ghostwriter, including a four book series for middle school readers. My husband’s career was going well, we had a daughter and son, a house in the suburbs and a second home up in the mountains. I can even remember one summer night in July looking out the window of that house, with its magnificent views of gently rolling hills and endless stars overhead, and thinking to myself that it just didn’t get better than this.

Then things started to fall apart. My creative well ran dry and my writing career faltered. I started working full time in the production company my husband started and not too long after that, we suffered several devastating hits to the business. These were caused by events out of our control, yet I still found a way to blame myself for what happened. For years I limped along, somehow holding things together while raising a family and keeping the business going.  I was no longer living my dream life. In fact I had forgotten it even existed!  Yet I didn’t want to remain in this mindset for the rest of my life. Deep down I knew I had more inside me, and I needed a way to release it.

The first inkling of a new direction came when our company was asked to do the finishing work on the groundbreaking feature, What the Bleep Do We Know!?  Bleep introduced me to the concept  of possibilities and during the four years we were involved with Bleep and the successor film What the Bleep Down the Rabbit Hole¸ I was exposed to others who believed that there was so much more we could do to reach our greatest potentials. I began to realize that all those times I beat myself up for things that were out of my control were nothing more than  a cruel trick my mind played on me to keep me small and powerless. I also began to realize that there was something I could do to change that. I went to seminars, read books and did as much as I could to get myself back to feeling like that wide-eyed child who loved digging sand castles on the Jersey Shore.

This exploration lead me to Kelly Sullivan Walden. My company was one of the producers of a documentary she appeared in, Dreaming Heaven, and I met her in that connection. I started attending her dream circles, curious to understand what happened when I went to bed each night. I was surprised to realize there was more to learn, that our nighttime dreams have the ability to open new worlds for us and help guide us to solutions in our waking lives.

The experiences of being in these dream circles made me want to learn more, so when Kelly announced she was launching her  Dream Life Coaching program I jumped right in. It was a transformational experience. Not only did I get a better handle on my dreams, I learned the tools that enabled me to see that dreams were a way of rediscovering who I really was and giving me back the power I forgot I ever had. Through this, I was able to make my waking life the dream life I thought I could never re-experience.

Now, after a year of rigorous training, I am ready to pay it forward. I want to help others learn what I finally learned–how to love myself and in doing so reach my highest possibilities for myself and for others. Dream Life Coaching is the best way to make that happen, and I am committed to seeing that everyone can have their dreams come true too.